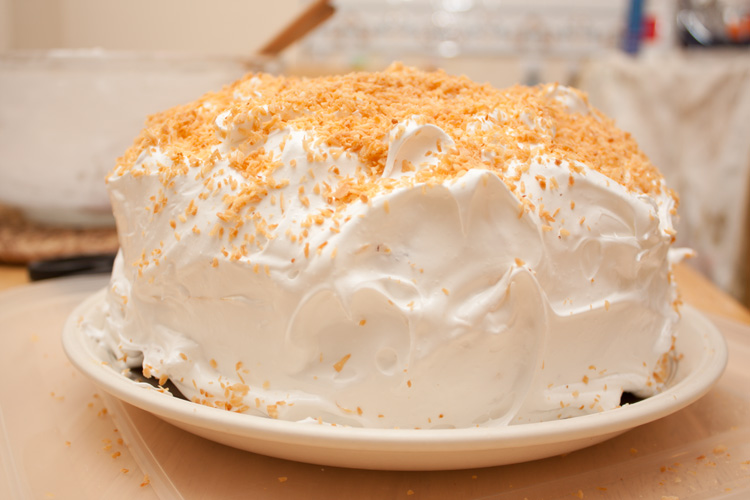 A large lemon sponge cake with lemon frosting and a touch of coconut.

Use a medium sized bowl and sift together the flour, baking powder, and salt.

In a large bowl whisk the margarine, then add the sugar and lemon zest. Whisk until the mixture is pale and fluffy. Then whisk in the eggs, one at a time.

When done you'll probably find that a lot of the lemon zest has been caught on the blades of the whisk. So scrape these off and add the zest back into the mixture.

Add the dry ingredients bit by bit, along with the lemon juice, folding them into the mixture. Using a spatula and mixing in a figure of 8 pattern works well for folding.

When the mixture is smooth, fold in the dessicated coconut.

Divide the mixture between the two tins, ensuring to spread the mixture evenly to the sides.

Bake in the oven for 30-35 minutes. When cooked you should be able to insert a skewer into the cake and it come out clean. If it comes out sticky, cook for a little longer.

After the cakes have cooled in their tins for 10 minutes, turn them out onto a wire rack. Remove the greaseproof paper from their bottoms and leave to cool. 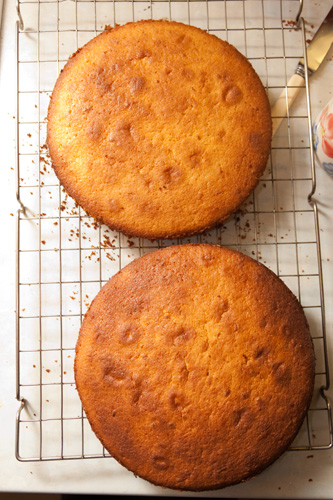 Put the coconut for the topping in another tin, spreading it out evenly. Cook in the oven, stirring occaisonally. Remove when the cocunut has turned golden brown, and leave to cool.

Add all the ingredients except for the vanilla to a large heatproof bowl.

Place the bowl on top of a saucepan of boiling water. Make sure that the water in the saucepan does not touch the bottom of the bowl though.

With the water boiling underneath the bowl, whisk the mixture for about 7 minutes. The mixture should start to stiffen up. 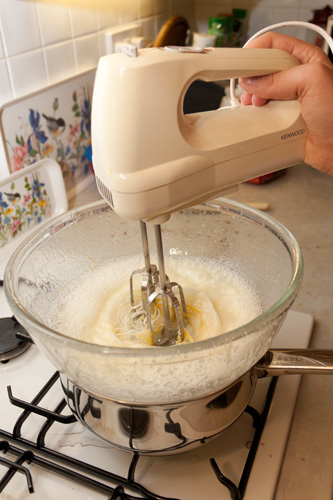 Remove the bowl from the heat and add the vanilla essence. Whisk for a further 3 minutes.

Again, you'll probably find that strands of lemon zest get stuck to the whisk blades. So clean the blades off with a knife and stir the zest back into the frosting mix.

As soon as the frosting is finished, you need to start using it before it starts to harden.

Putting it all together

Put one of the cakes base side up on a large plate, and spread a generous layer of frosting over the cake.

Add the other cake on top, base side down. Cover the cake with the frosting, both on top and round the sides. 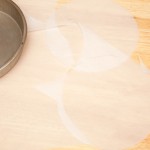 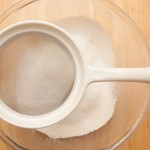 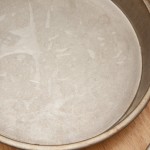 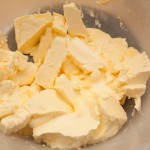 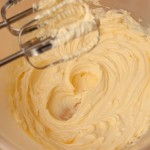 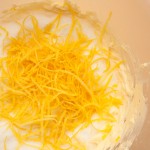 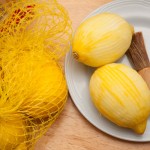 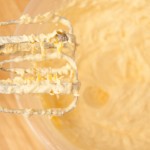 Bits of lemon zest caught on the whisk blades 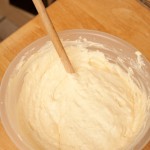 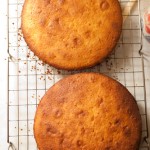 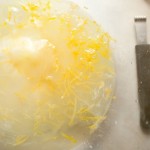 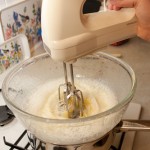 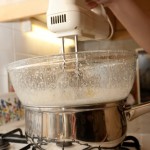 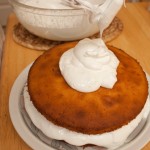 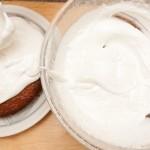 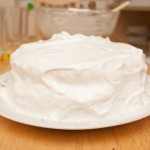 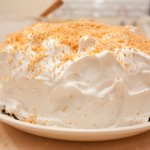 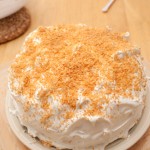