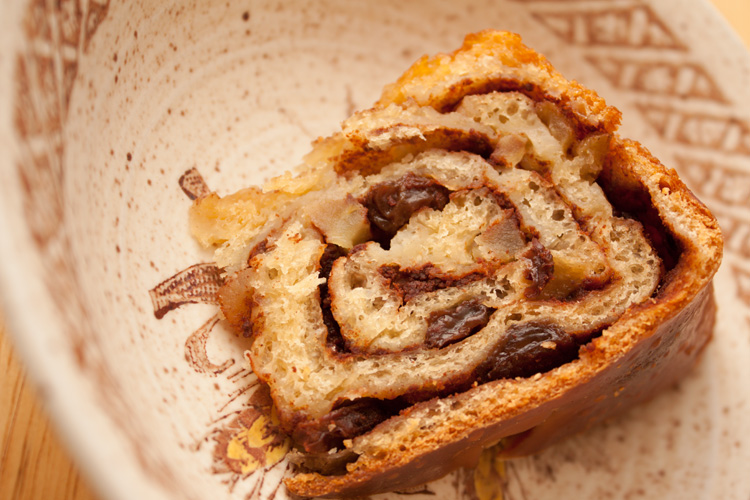 This fruit filled bread recipe is delicious served sliced when cold, or serve hot with single cream for a yummy pudding.

I have based this recipe on the Soft Raisin Milk Loaf 2 recipe from the Honey Bee Sweets food blog. Check out their blog for lots of other delicious recipes.

For the bread paste

For the bread dough

Add all the ingredients for the bread paste to a saucepan. Heat gently while stirring continuously, until the mixture thickens into a thick paste.

Transfer the bread paste to a small bowl. Leave to cool for about 15 minutes. Then cover the bowl and refrigerate for 1 hour.

When the paste has finished chilling, place it into a large bowl, along with the ingredients for the bread dough, except for the butter, which we'll add later. Mix everything together, then turn out onto a flat surface.

Don't worry about mixing everything together into a dough in the bowl. I just mix it roughly together in the bowl, then turn it out. The mixture will soon start to stick together when you start kneading it on the flat surface. Knead until the dough is not sticky. 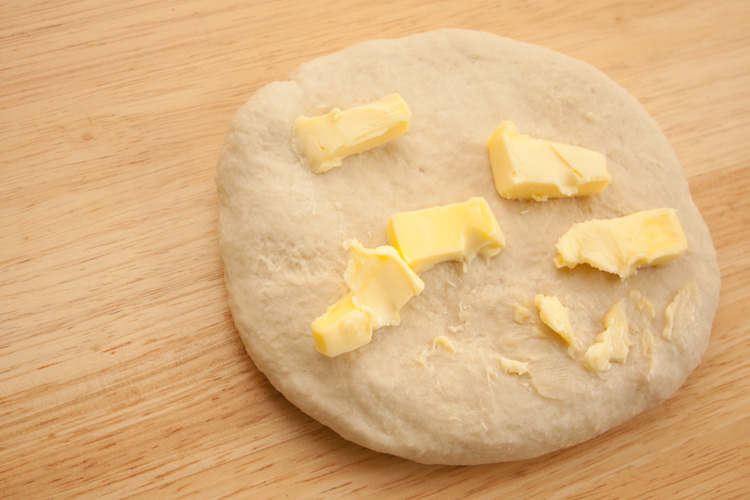 Knead the butter into the dough. Initially this will make the dough very slippery and sticky, but keep at it and the dough will slowly absorb the butter. Keep kneading until the dough has a smooth and glossy surface. This should take about 10 minutes of kneading.

Place the dough back in the bowl. Cover with plastic wrap / cling film and place in the oven at 40°C for 80 minutes to proof.

While the dough is proofing, it is time to prepare the filling. Core and peel the apples, then slice into thin slices.

In a small bowl mix together the butter, sugars, and cinnamon.

This is also a good time to prepare the bread tin. Use a 2lb loaf tin, and make sure it is well greased.

When the dough has risen remove it from the oven and push down the dough to remove any air. Divide the dough roughly into 3 equal portions. Cover and let rest for 10 minutes.

After 10 minutes roll out one of the dough pieces. You need to roll it relatively thinly, it should make a strip about 10-15 cm wide by about 30 cm long.

Roll up the dough strip from the narrow end. Bend the rolled dough sausage in the middle, and then place in the loaf tin. Repeat with the other two pieces of dough. 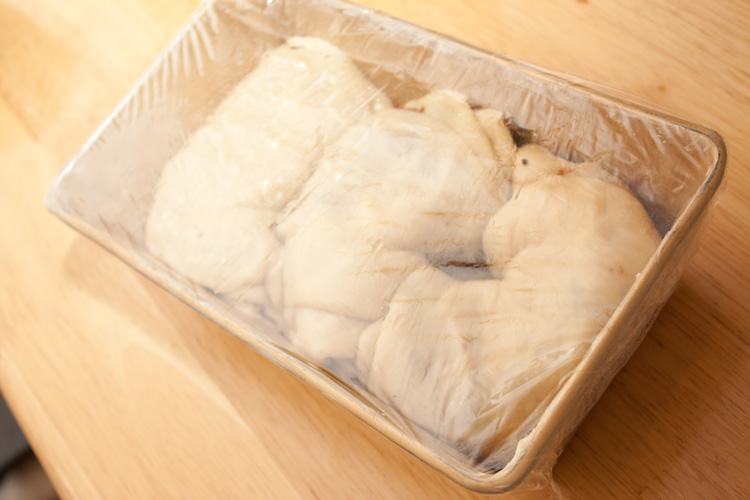 Cover the tin with plastic wrap, then place in the oven at 40°C for 80 minutes again. After this time the dough should have risen to near the top of the tin.

After baking leave the loaf in the tin to cool for a few minutes, then turn out. The bottom of the loaf will likely be covered in a bit of stewed apple mush, so bear this in mind when turning it out.

Either cut into pieces and serve immediately while still warm, or leave to cool and treat as a normal fruit loaf. 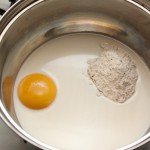 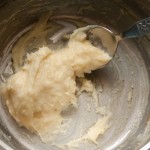 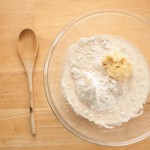 Ingredients in a bowl for making the bread dough 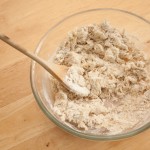 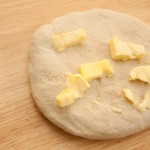 Adding butter to the dough 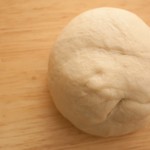 Dough after kneading in butter 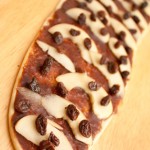 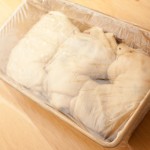 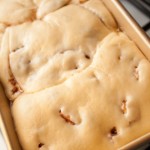 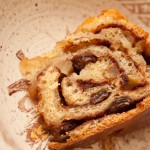 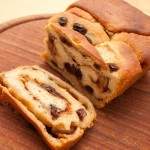